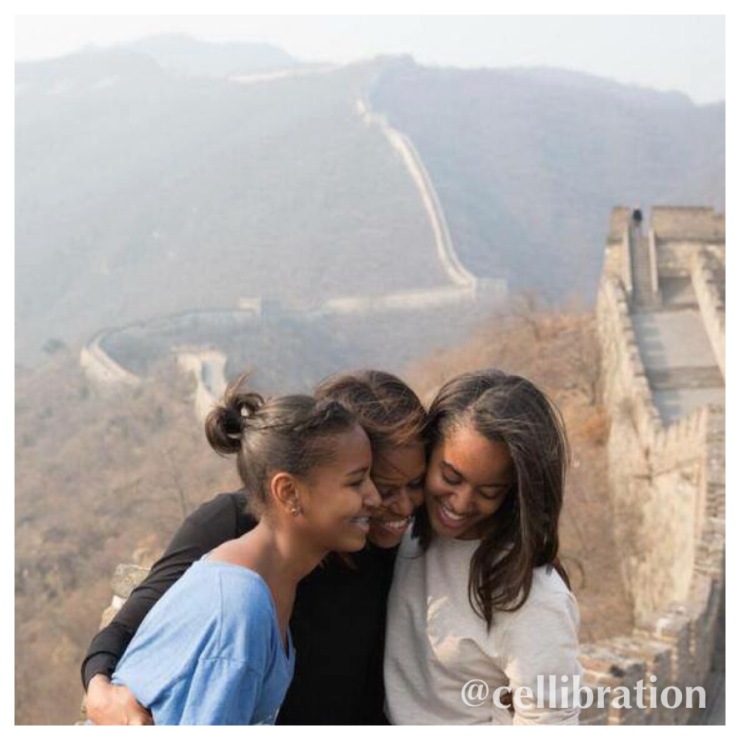 I think the Obamas showed us how to be a real team/couple: demonstrating unrelenting leadership, consciousness,  awareness, power, success, and commitment  to each other and our country. They are representative of how marriage is a blessing and not a curse. For the first time in a long time we got to see what a man and a woman who care about each other, really looks like. They are not competing with each other, they are complimenting each other-and it WORKS. 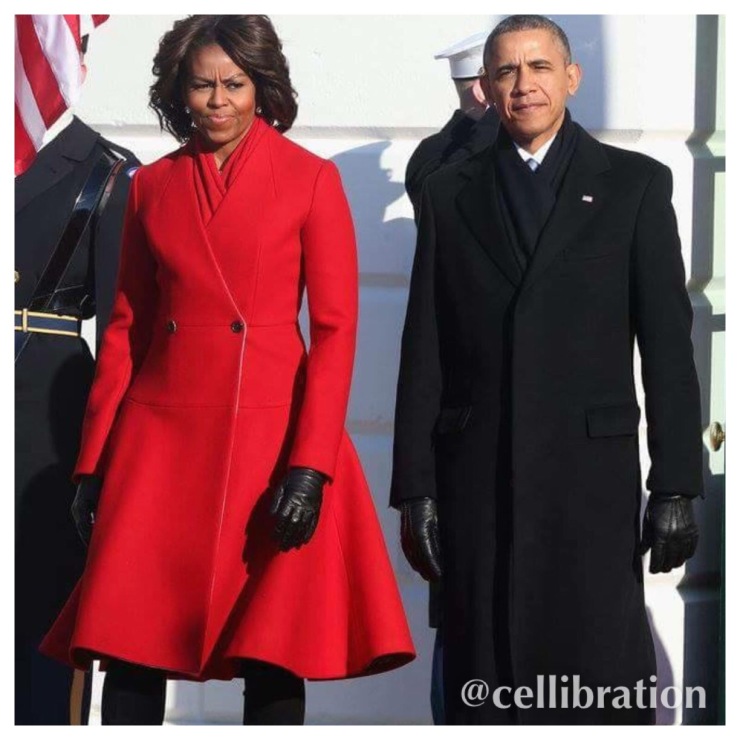 The Obamas both successfully completed college and law school. They got married in church in front of family and friends. They conceived two children together. They campaigned together as a unified front. He would not allow anyone (any news correspondent, journalist, media outlet) to disrespect him, nor any member of his family. Michelle Obama exudes the same qualities.

You see, in today’s media we see the ladies man (gigolo, pimp) who objectifies women and uses their bodies for recreation and or for personal gain. We also see the image of a woman but she is merely an illusion of hair, make up, exaggerated body parts, with a foul mouth that can only find negative words to speak about her female friends, her man, and ultimately herself. They get attention! Attention equals money! The more money that these puppets generate for the machine, the stronger the machine becomes. The Obamas broke the machine. They redefined the prototype. The Obamas replaced Heathcliff and Claire Huxtable and became our role models of what successful, empowered, intelligent, and real black love looks like. 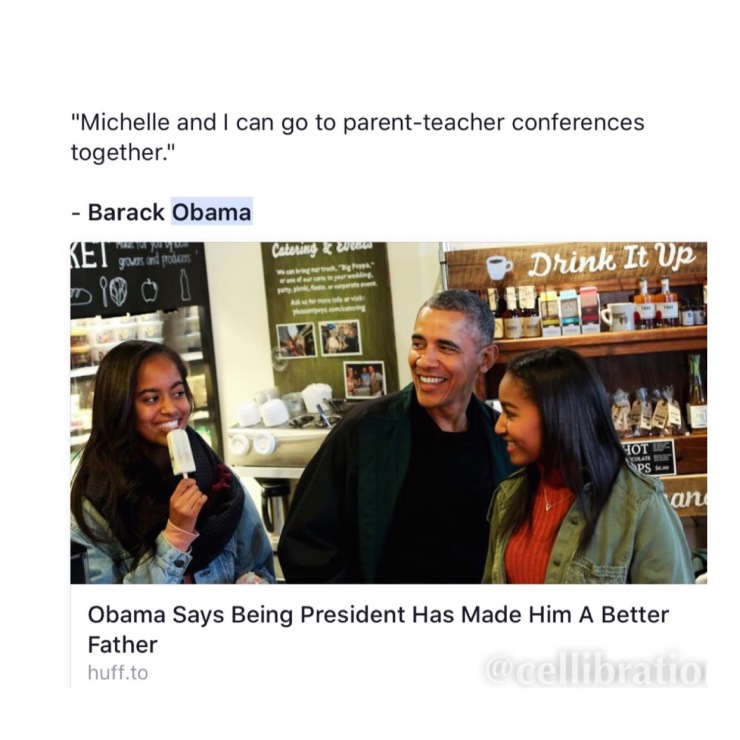 As Obama reflects on his term as president, he credits the experience as being positive in making him a better father.

He allows his daughters to stand beside him on the world’s stage uplifting them as young women of virtue, worthy and empowered to lead after he has retreated to a quieter lifestyle. We know he will still be leading just in another form, as a supporter and a advisor to new leadership.

Barack Obama bared his soul and told us how he felt to be raised by a single mother.  He forged a bond with all members of his family, he showed that a black man, in America can lead his family and the entire country with strength, sensitivity, and empathy. 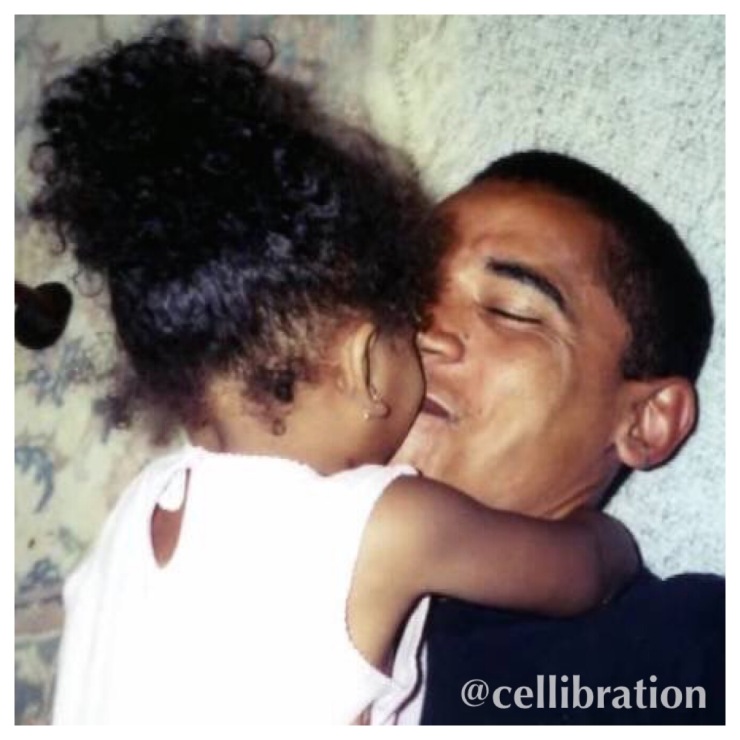 The Obama children,  Malia and Sasha have grown up to be intelligent, well-rounded, beautiful, respectful, empowered, young women who are leaders in their own right.

We can see that even though the Obamas are busy leading the free world, they still have time to love, to share, to parent, to be devoted to their family without excuse or apology.

Michelle Obama speaks on her own behalf about education and health. Her platform is her own: she does not need to be silent and hiding behind her husband unlike other First Ladies. She is able to speak for herself because she, in and of herself, is a strong representation of feminine strength and elegance. 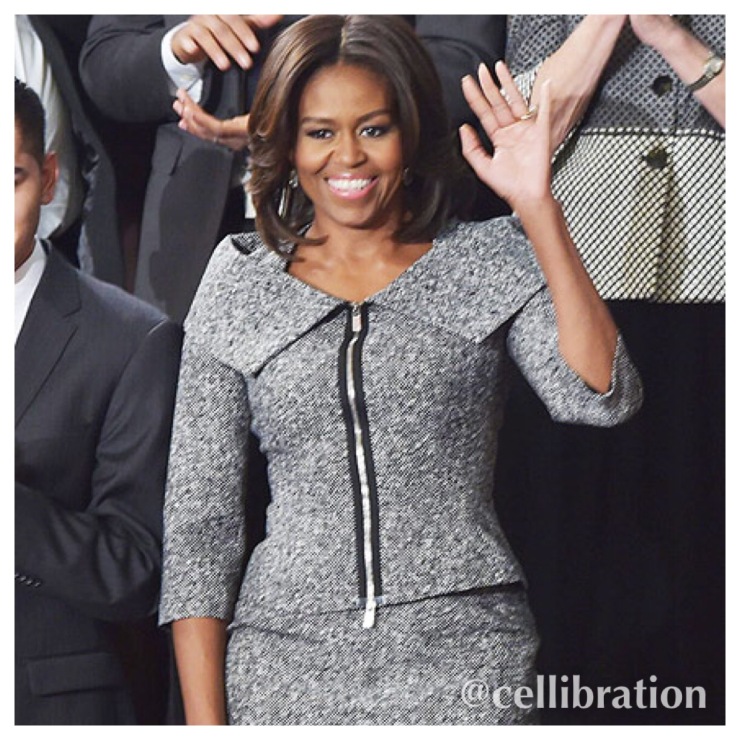 The Obamas won together. They stayed together. They were accused of foolishness together, they fought back together. In reflection over the two terms Barack Obama served as the first American president of African descent, I can say that I am very proud to have supported his leadership, and to have participated in fundraising and increasing voter registration in an effort to help push forward President Obama’s primary initiative: CHANGE.

President Obama did exactly what he said he was going to do and more. I acknowledge that Obama was honest with us, he held his temper in tact when the going got tough and he led us to this place, here in history where we can say, we witnessed good character and integrity in leadership. 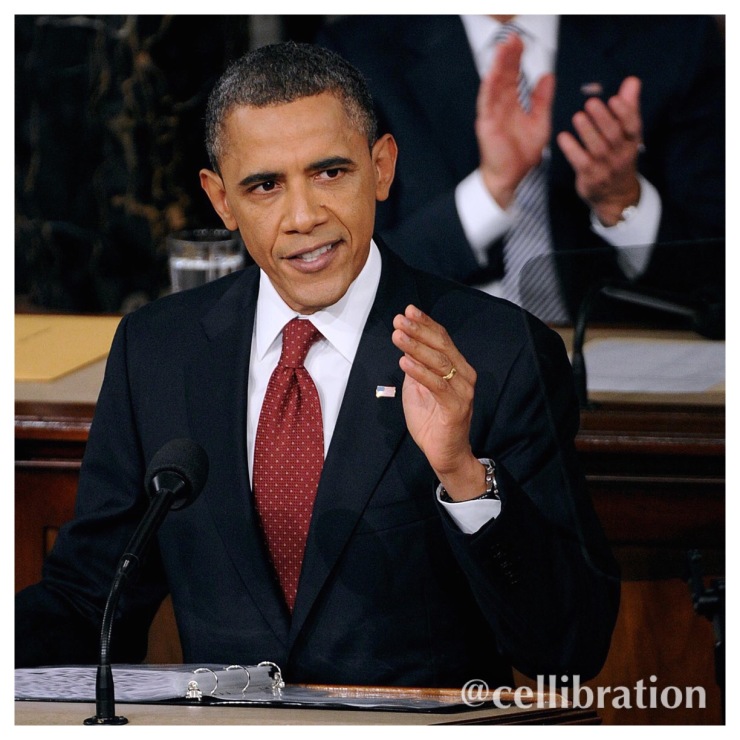 What I know for sure is that I have witnessed the evolution of a man who had a dream and it was fulfilled. More than that President Obama showed us who he is, for real, and he is a true champion with a great sense of humor. 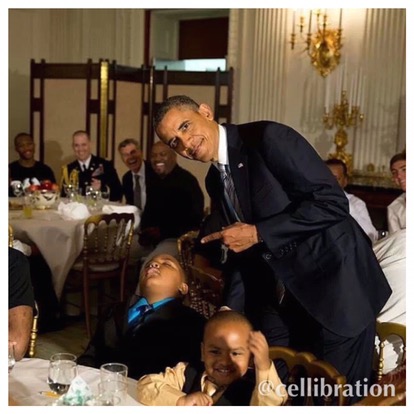 Even when they try to convince us that the change Obama influenced and created was negligible, I’m glad we are SMART enough to read, to listen, to understand that they messed around and “left the gate open”. It is going to be hard to go back to the way we used to be before we knew we were free. Thank you Mr. President. 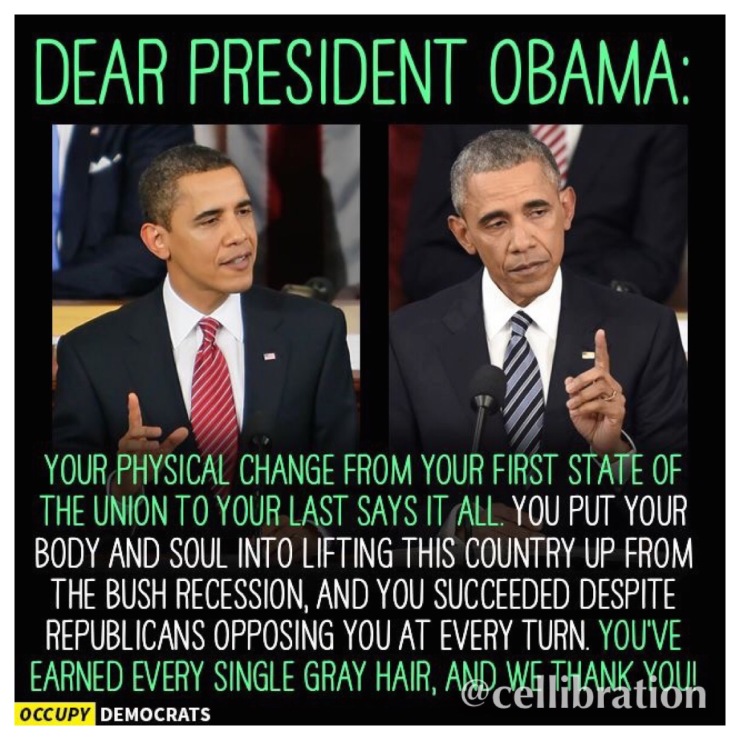