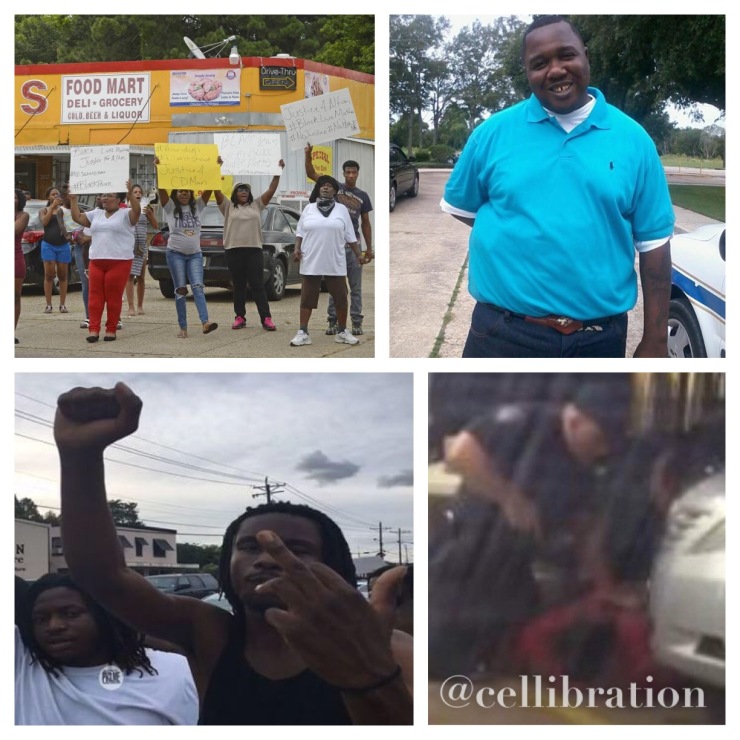 Early Tuesday morning, Alton Sterling, 37 years old, father of five, was fatally shot outside a convenience store in Louisiana. The disturbing incident was captured on cellphone video. Reportedly, The Baton Rouge Police Department released a statement that: “uniformed officers responded to a call early Tuesday about a black male in a red shirt who was selling CDs and had reportedly threatened the caller with a gun.” Also, BRPD adds , [that] Officers “made contact” with Sterling in the parking lot of the Triple S Food Mart. There was an altercation. Police said, “Sterling was shot during the altercation and died at the scene,” and the two officers have been placed on administration leave “per standard procedure,” BRPD added, and that the investigation will continue. The East Baton Rouge Coroner Dr. William Clark reports, “Sterling died from multiple gunshot wounds to the chest and back.” The coroner would not immediately confirm if Sterling was shot 7 times. The president of the NAACP, Cornell Brooks, says, “[the] video of the incident hard to watch — but “far harder” to ignore.” State Representative, Ted James, calls the incident, “murder”. Black Lives Matter members and outraged citizens have taken to the streets in protest.